Disinformation: The Appearance of Truth 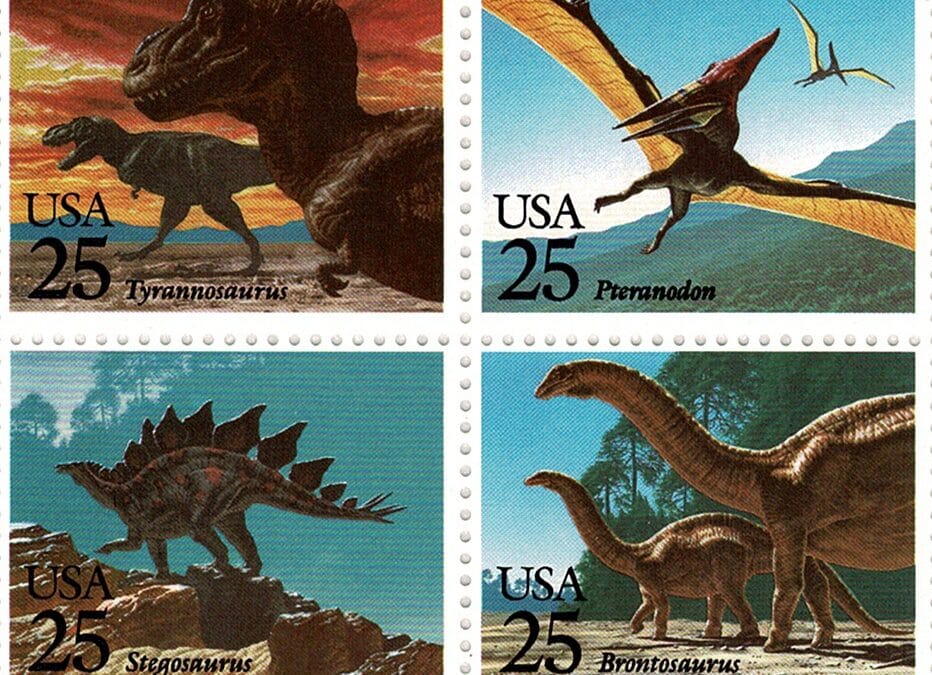 In 1989 the U.S. Postal Service issued new stamps that featured four different kinds of dinosaurs. While the stamps look innocent enough, their release was the source of controversy among paleontologists, and even serves as an example of how misinformation works by making something false appear to be true.

The controversy revolves around the inclusion of the brontosaurus, which, according to scientists at that time, never existed. In 1874, paleontologist O.C. Marsh discovered the bones of what he thought was a new species of dinosaur. He called it the brontosaurus. However, as more scientists discovered similar fossils, they realized that what Marsh had found was in fact a species previous identified as an apatosaurus, which, ironically, is Greek for “deceptive lizard.” Paleontologists were therefore rightly upset to see the brontosaurus included on a stamp with real dinosaurs.

The stamps help illustrate this in three ways:

One of the ways something can appear to be true is when the information comes from a figure of authority. Because the stamps were officially released by the U.S. government, it gives the information contained on them the appearance of truth. Of course, no one would think the USPS is an authority on dinosaurs, and yet the very position of authority the postal service occupies seems to serve as a guarantee of the truth of what is presented. The appearance of authority, however wrongly placed it is, is often enough for us to believe something to be true.

This is a tactic used by scammers all the time. It’s the reason why you’ve probably gotten a lot of robocalls claiming to be the IRS. Phishing emails also use this tactic by spoofing the ‘from’ field and using logos of businesses and government agencies. We too often assume that, just because information appears to be coming from an authority, it must be true.

Another way something false can appears true is by placing what is fake among things that are actually true. The fact that the other stamps in the collection — the tyrannosaurus, the stegosaurus, and the pteranodon — are real gives the brontosaurus the appearance of truth. By placing one piece of false information alongside recognizably true information, that piece of false information starts to look more and more like a truth.

Fake news on social media uses this tactic all the time. Phishing attacks also take advantage of this by replicating certain aspects of legitimate emails. This might include mentioning information in the news, such as COVID-19, or even including things like an unsubscribe link at the end of the email. This tactic works by using legitimate information and elements in an email to cover up what is fake.

The US Postal Service did not invent the brontosaurus:  in fact, the American Museum of Natural History named a skeleton brontosaurus in 1905.  Once a claim is stated as truth, it becomes very hard to dislodge.  This was actually the reasoning the US Postal Service used when they were challenged: “Although now recognized by the scientific community as Apatosaurus, the name Brontosaurus was used for the stamp because it is more familiar to the general population.”  Anchoring is a key aspect of disinformation, especially with regards to persistency.

Overall, what the brontosaurus stamp shows us is that our ability to discern the true from the false largely depends on how information is presented to us. Scammers and phishers have understood this for a long time. The first step in critically engaging with information online is therefore to recognize that just because something appears true does not, in fact, make it true. Given the continued rise of disinformation, this is a lesson that is more important now than ever. In fact, it is unlikely disinformation will ever become extinct.